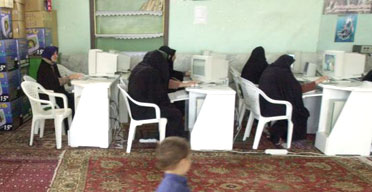 Five million internet users will now be limited to 128 kbps connections making it more difficult to download foreign music, movies and other material that could be used to spread western values.

So while most of the modern world is looking to do whatever it can to connect its citizens to the Internet at the fastest rate possible, in Iran, a country second only to China in terms of how many websites it blocks, they are looking to slow the technology revolution down as much as possible.

If you put aside the political aspects of this decision for a moment you realize this action is doing irreparable harm to the people of Iran. It is obvious this government cares more about protecting its own rear and looking like a major global player than it does about its own citizens.

Unfortunately the turmoil in this country has led to brain drain for decades and so many bright, successful people worldwide can trace their ancestry to Iran. The people of Iran could be doing so much more and could be leaders in technology like Israel is today.

If the country could get a government who cares about its citizens and finds a way to combine oil wealth with entrepreneurship, we could see another golden age of Iranian development and the world would be much better off for it. More.