Do you remember that song — How you feelin – hot hot hot!? It was one of those weird offbeat kind of classic-pop songs (listen). I was reminded of this song recently when I heard one of the Apple laptops caught fire in Japan. As if Sony didn’t have enough on its hands.

As expected, YouTube is beginning to have videos of exploding laptops which of course makes matters worse for all the companies involved.

Apple has received nine reports in the United States of the lithium-ion batteries battery packs overheating, including two consumers who received minor burns after handling overheated computers. Apple has also received reports of minor property damage, but no serious injuries have been reported. 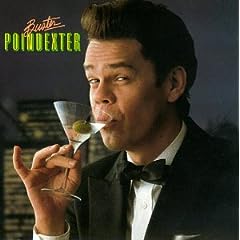 Japan’s trade ministry ordered Apple’s Japan branch to report on its findings and measures to prevent future troubles by Sept. 5 or it could face a fine of up to 300,000 yen ($2,570) under Japan’s consumer safety laws.

Sony and Dell also have been ordered to report on their findings after the recall was announced by the ministry.

So if you are pecking away at that laptop and there is tremendous amounts of heat in your lap it’s either that steamy e-mail you just received or you better pop open that laptop and check it out carefully.